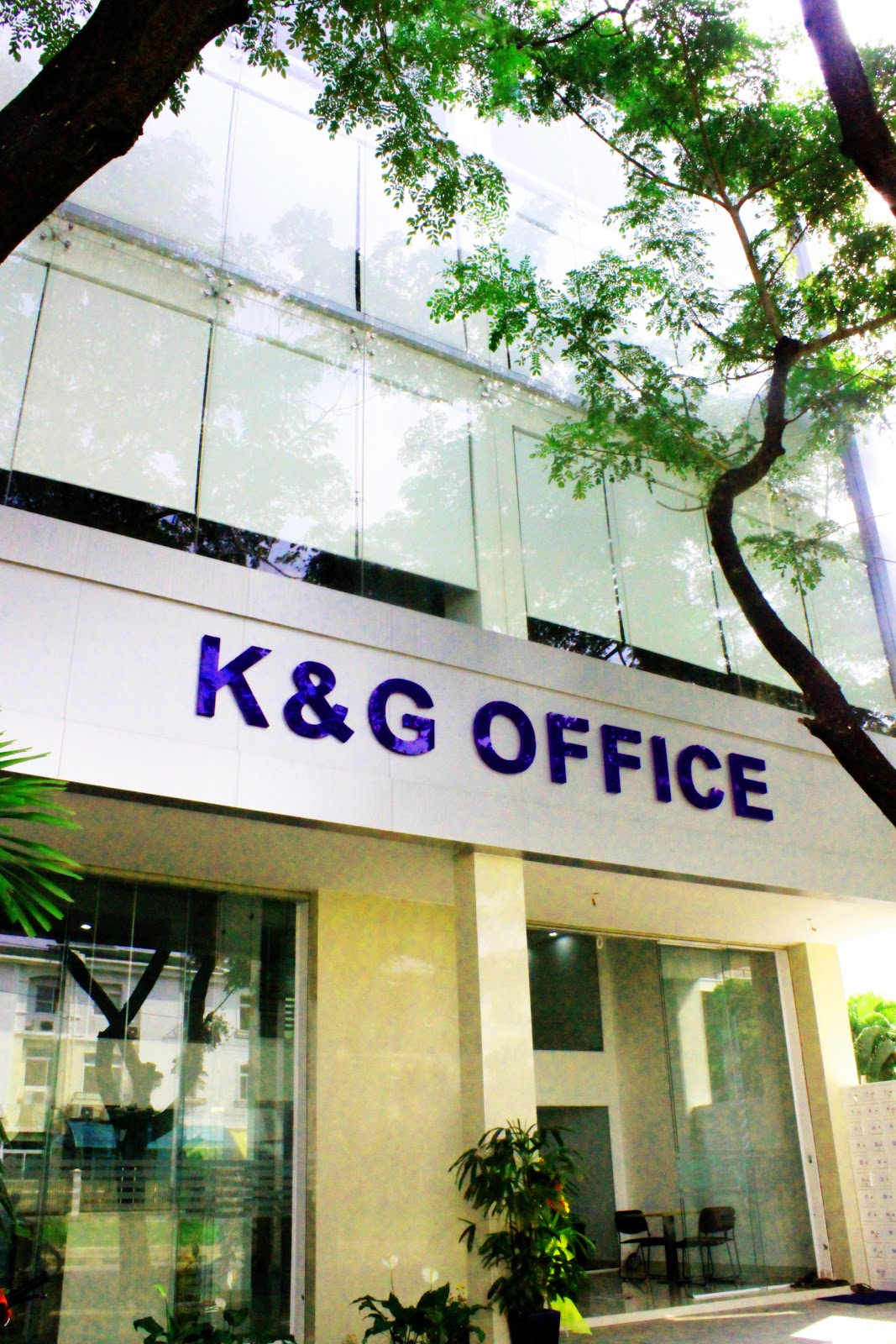 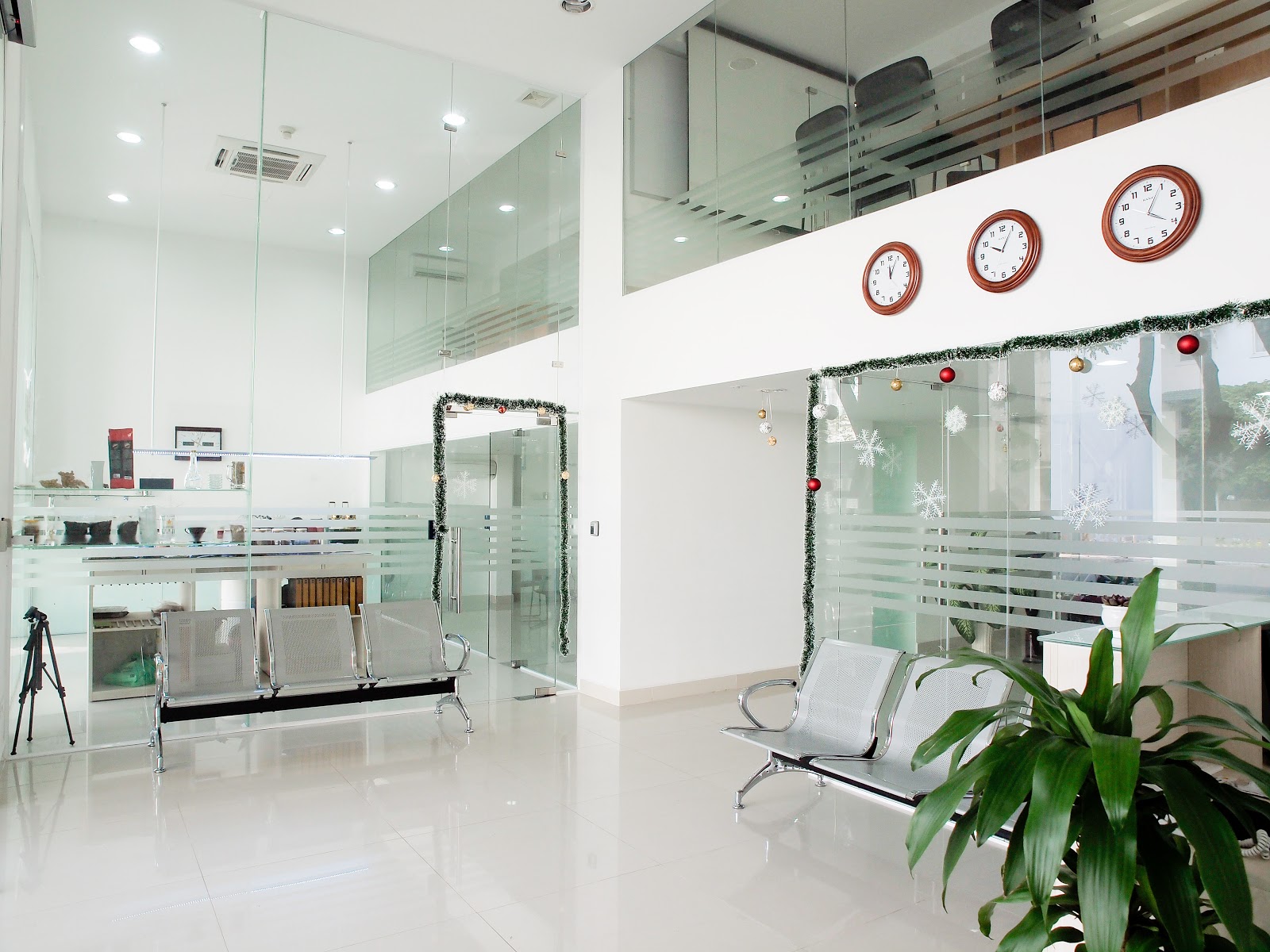 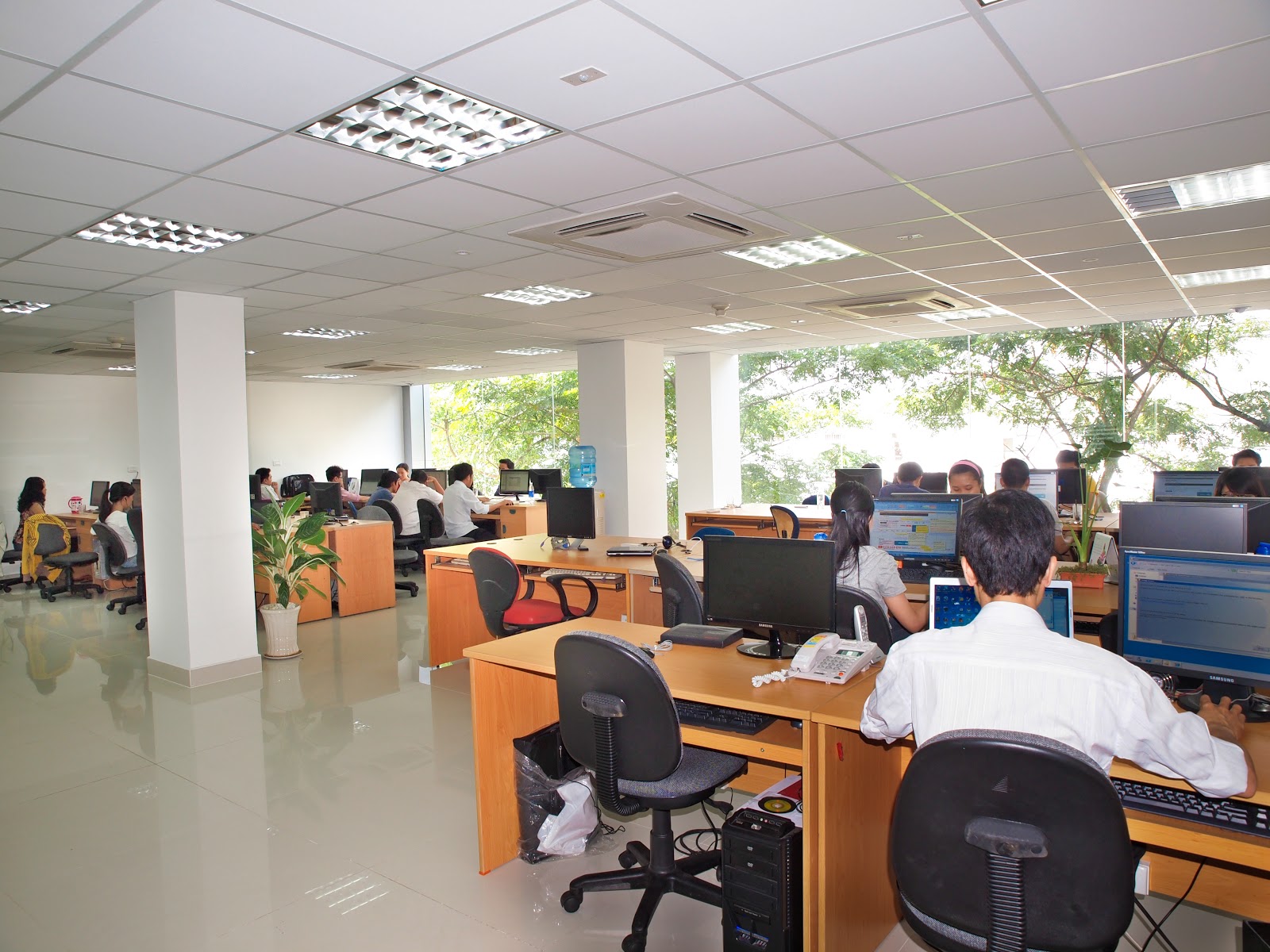 K&G Technology is pleased to announce the relocation of its office in order to meet the needs of the fast growth of the firm, to improve our working conditions and the security system as well as to offer better service to our Clients.
We apologize for any inconveniences this office transition may cause, please feel free to contact us if you require any further clarification. We are looking forward to seeing you at our new office soon, and appreciate your pleasant cooperation.
As of October, 2012 onwards, our office will be located at the following address:
Add: R4-10-11 Road No.2, Hung Gia 1, Phu My Hung New Town,
Tan Phong Ward, District 7, Ho Chi Minh City, Vietnam.
Tel: +84-8-541.259.79
Fax: +84-8-541.259.78
E: sales@kng.vn
Posted by thienhuong at 11:17 AM 2 comments:

HCMC – Enterprises tend to combine mobile advertising with other traditional channels to enhance the effectiveness as technology is developing fast and consumers have too many shopping options, heard the Mobile Marketing Forum held in HCMC on Thursday.
Rohit Dadwai, managing director of the Mobile Marketing Association-Asia Pacific, said enterprises were paying more attention to mobile marketing as the number of mobile subscribers kept rising in Southeast Asia, especially Vietnam.
Vietnam has high growth in the number of people accessing the Internet via cell phones, making mobile marketing a remarkable tool for businesses.
A report of the advertising company GroupM shows that digital communication channels, including mobile marketing, only accounted for 4% of the total advertising cost of local enterprises but it tended to grow strongly. Traditional advertising channels like television and newspaper still prevail, but enterprises tend to combine these channels with mobile advertising to improve the effectiveness.
According to the report, Vietnam has a favorable environment for mobile marketing, with more than 120 million mobile subscribers, with some 36% of them accessing the Internet via cell phones.
Nguyen Thi Thuy Binh, deputy general director of Goldsun Focus Media, said the biggest advantage of mobile marketing was that consumers could quickly interact with goods and service providers.
Previously, mobile ads were often sent in the form of text, but now they have been turned into mobile phone applications.
Customers are easily attracted to the ads displayed in the small cell phone screens. Then, they can contact the suppliers or access their websites for further information about the products, said experts.
With an Internet connection, mobile phone users can approach product suppliers anytime and anywhere. As such, mobile marketing is an advantageous communication channel that enterprises cannot miss, said Binh.
By Ha Van - The Saigon Times Daily
Tag: kng.vn,  IT Outsourcing, Mobile application, Web application , Offshore, Vietnam, France, iphone ipad android developer  application development,  dedicated  team

Posted by thienhuong at 10:30 AM No comments:

HCMC – Harvey Nash Vietnam has signed a cooperation agreement with FPT Software Joint Stock Company (Fsoft) to carry out information technology projects.
Ton That Nam Tran from Harvey Nash Vietnam said that the firm and Fsoft would conduct projects in three fields, including mobility, cloud computing and big data for foreign markets from now until 2015.
“Fsoft has plans to invest in the United Kingdom. Therefore, Harvey Nash Vietnam will support Fsoft in studying the market and selling software services in this market,” said Tran at the signing on Tuesday.
Since 2000, the two firms have carried out around 400 projects on software, enterprises resource planning (ERP) and business process outsourcing (BPO).
Regarding the software outsourcing, Harvey Nash Vietnam has obtained a high growth of around 30-40% per year in its main markets such as Australia, the United Kingdom, Germany, the U.S. and Southeast Asia.
By Dinh Nghia - The Saigon Times Daily
Tag: kng.vn,  IT Outsourcing, Mobile application, Web application , Offshore, Vietnam, France, iphone ipad android developer  application development,  dedicated  team
Posted by thienhuong at 8:43 AM No comments:

HCMC – The Government has approved strong incentives for an expansion project of Samsung in Bac Ninh Province, whose investment capital is raised from US$670 million to US$1.5 billion.
In a document issued in mid-September, the Government asked the Ministry of Planning and Investment to give relevant agencies guidelines on revising the investment certificate for the second-phase of the project of Samsung Electronics Vietnam Co. Ltd., including the incentives requested by the investor.
The planning ministry and relevant agencies will work with Samsung to help it revise the expansion project so that the investor will enjoy the biggest incentives under the prevalent laws.
As such, Samsung will go ahead with its expansion plan as incentives are a prerequisite for the firm to expand its investment.
Samsung has written to many agencies seeking investment incentives for its expansion project and confirming its determination in Vietnam’s market.
However, the fact that it has had to knock at many doors also exposes many shortcomings in the investment incentive mechanism of Vietnam. Not only Samsung, a number of other investors have encountered the same problem.
Samsung’s petition for incentives was submitted to the Government late last year. The company proposed a corporate income tax rate of 10% during the project’s lifetime, a tax exemption for four years and a 50% tax reduction for the following nine years for all electric and electronics products of the project. These incentives are almost similar to the ones already awarded to the investor in its first-stage investment.
However, under the current regulations, expansion projects are not given incentives.
According to the government of Bac Ninh Province, the expansion project of Samsung might be mulled for corporate income tax incentives as this is a high-tech investor. The company as a high-tech investor has enjoyed a preferential income tax rate of 10% for 15 years, a four-year tax exemption and a 50% tax reduction for the following nine years after it reports taxable incomes.
The province proposed the Government give the above special treatment to the expanded part of the project of Samsung based on the post-check mechanism.
The expansion project with capital spurred from US$670 million to US$1.5 billion in the 2015-2020 period and the investment in a R&D center in Vietnam will take the total revenue of Samsung Electronics Vietnam to US$20 billion a year, create jobs for more than 30,000 laborers and attract some 300 satellite enterprises.
The project to establish the Samsung technology complex in Vietnam is an enormous scheme and it has been deployed in line with schedule and commitments to the Government, said Bac Ninh’s government.
As of end-2011, Samsung had disbursed US$492 million into the project, or 73.43% of the total registered capital for the first stage. The investor plans to inject an additional US$684.7 million by late this year.
The project has created jobs for 23,000 laborers. The total output capacity reaches 100 million products for the whole year, with sales estimated to amount to US$10 billion including an export value of US$9.5 billion.
By Quoc Hung - The Saigon Times Daily
Tag: kng.vn,  IT Outsourcing, Mobile application, Web application , Offshore, Vietnam, France, iphone ipad android developer  application development,  dedicated  team

Posted by thienhuong at 9:43 AM No comments:

Statistics of the General Statistics Office (GSO) show there was no growth in new broadband Internet subscriptions in April-August, which stayed at 4.4 million users, but in reality, broadband Internet services in the country were expanding in the period.
This partly results from the different statistical methods and changes in the way people use the Internet.
Bui Quoc Viet, director of the Information Center under Vietnam Posts and Telecommunications Group (VNPT), said VNPT achieved almost half of the 2012 target for Internet ADSL service in the first half and that the growth was equivalent to 110% of the same period last year. Growth in recent months has amounted to 10%, he noted.
Fresh Internet subscriptions at NetNam Corporation have in recent months risen by 8%, and FPT Telecom has reported its steady growth.
Explaining why the GSO statistics are different from reality, Tran Minh Tan, deputy director of the Vietnam Internet Network Information Center (VNNIC), said statistics of GSO were merely monthly projections based on reports of enterprises and figures of VNNIC.
Tan said monthly reports which enterprises send to VNNIC were normally written in the middle of the following month, which is later than GSO announcements of statistics that are mainly based on figures in previous months.
For example, in January this year, when VNNIC had no report of last year compiled by enterprises, GSO calculated and estimated that the total Internet users nationwide last year numbered 33.4 million, with broadband Internet subscribers accounting for 4.33 million.
After statistics of VNNIC were released, GSO found such figures quite high. Therefore, GSO since March this year has made some adjustments based on VNNIC’s figures so that statistics closely reflect reality.
Reality shows that the slow broadband Internet growth is partly caused by the statistical method as well as changes in methods and technologies for using broadband Internet services, which have not been taken into account. Meanwhile, GSO has just collected statistics on broadband Internet users based on ADSL, one of the first broadband Internet technologies.
Currently, there are some other ways of accessing broadband Internet such as fiber optic and third generation (3G). These new technologies have attracted much attention of broadband Internet users thanks to their speed and mobility.
While the ADSL service has only attracted 4.4 million users though it has been present on the market for long, 3G has achieved stronger-than-expected growth.
Statistics of the Ministry of Information and Communications indicate that since 3G was launched nearly three years ago, over 16 million people had subscribed to this service by June this year, 3.2 million higher than the number released early this year. However, the 3G users only accounted for around 14% of the total mobile phone subscribers.
Besides, according to GSO, the number of new phone users in January-August reached an estimated 7.65 million, up 13.6% from the same period last year. Until the end of last month, the total number of phone users nationwide had amounted to 135.8 million, with 15.1 million landline subscribers and 120.7 million mobile users.
(http://businesstimes.com.vn)

Posted by thienhuong at 9:36 AM No comments: